By the time the pans were in the sink

undertakings of the Christmas leftovers were being sorted out

bird of the day stripped down to its carcass and

boxed up – and placed in the refridgerator

everyone knew what was for tomorrows dinner

Sizzle – went the pan – as meat and vegetables combined

encompassing all its ingredients and perhaps one or two more

kitchen and wafting under the noses of everyone nearby

Pull up a chair, take in a show

As you watch a tale, read to little ones at

There’s a range of characters

On the stage, in bright coloured attire

Making Mirth , for your entertainment

If you’re lucky – they’ll be a

Everyone enjoys the antics of the panto animals 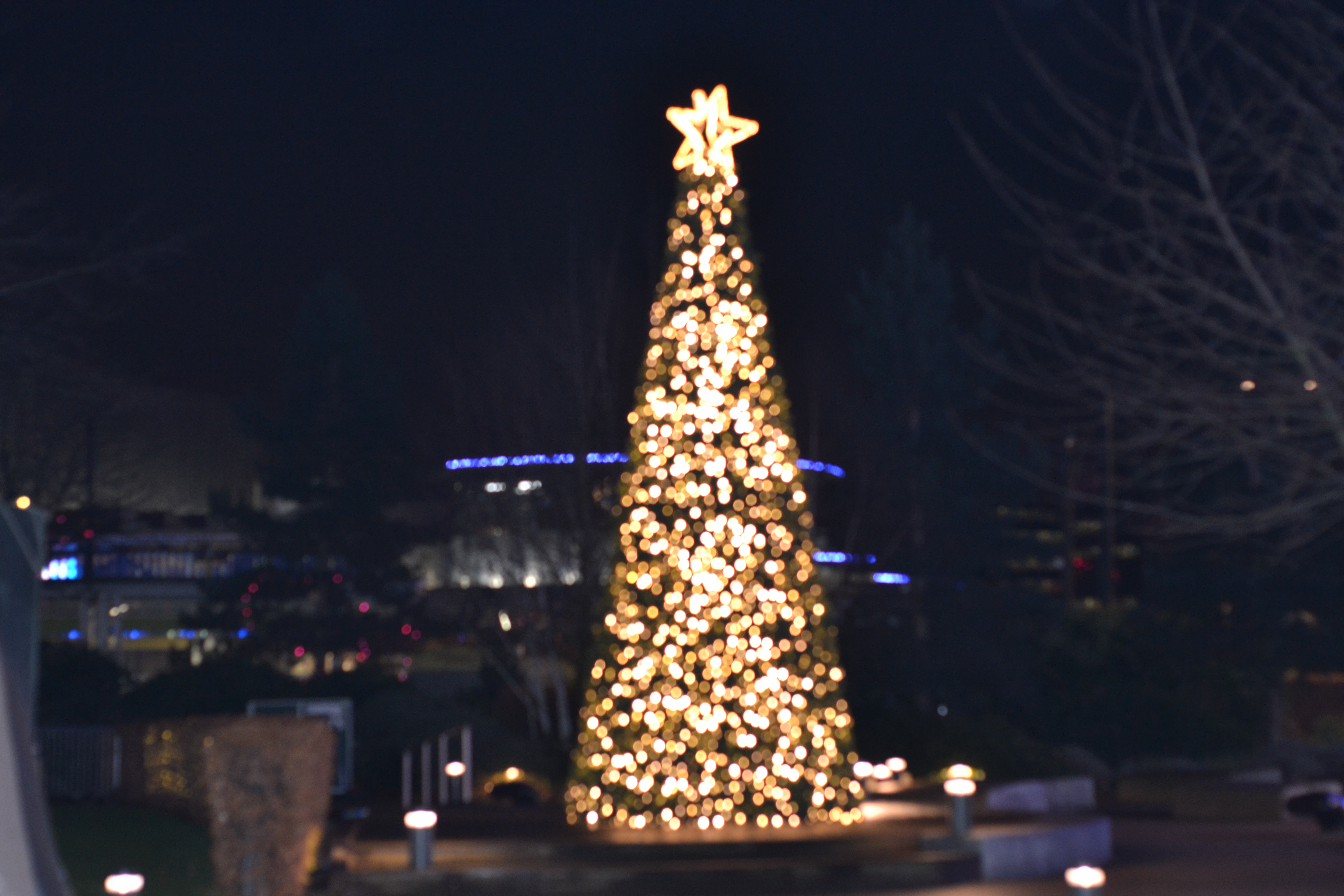 Santa Claus is on his way,

In time for Christmas morning

Voices of little ones heard up and down the land in

always hang about after twelfth night

generally piercing through the aroma of new years day dinner

everybody – enjoys one while they wait for the

roasted duck , pork or chicken to come out of the oven

in fact – the break from the chocolate will bring a smile

no one will bemoan you eating this festive fruit

everyone approves – its good for you!

I watched in awe as

the lights twinkled in the glow

of a winters moon

up high in their green branches

Church bells ring out – as

In response to the photo challenge prompt
Anticipation 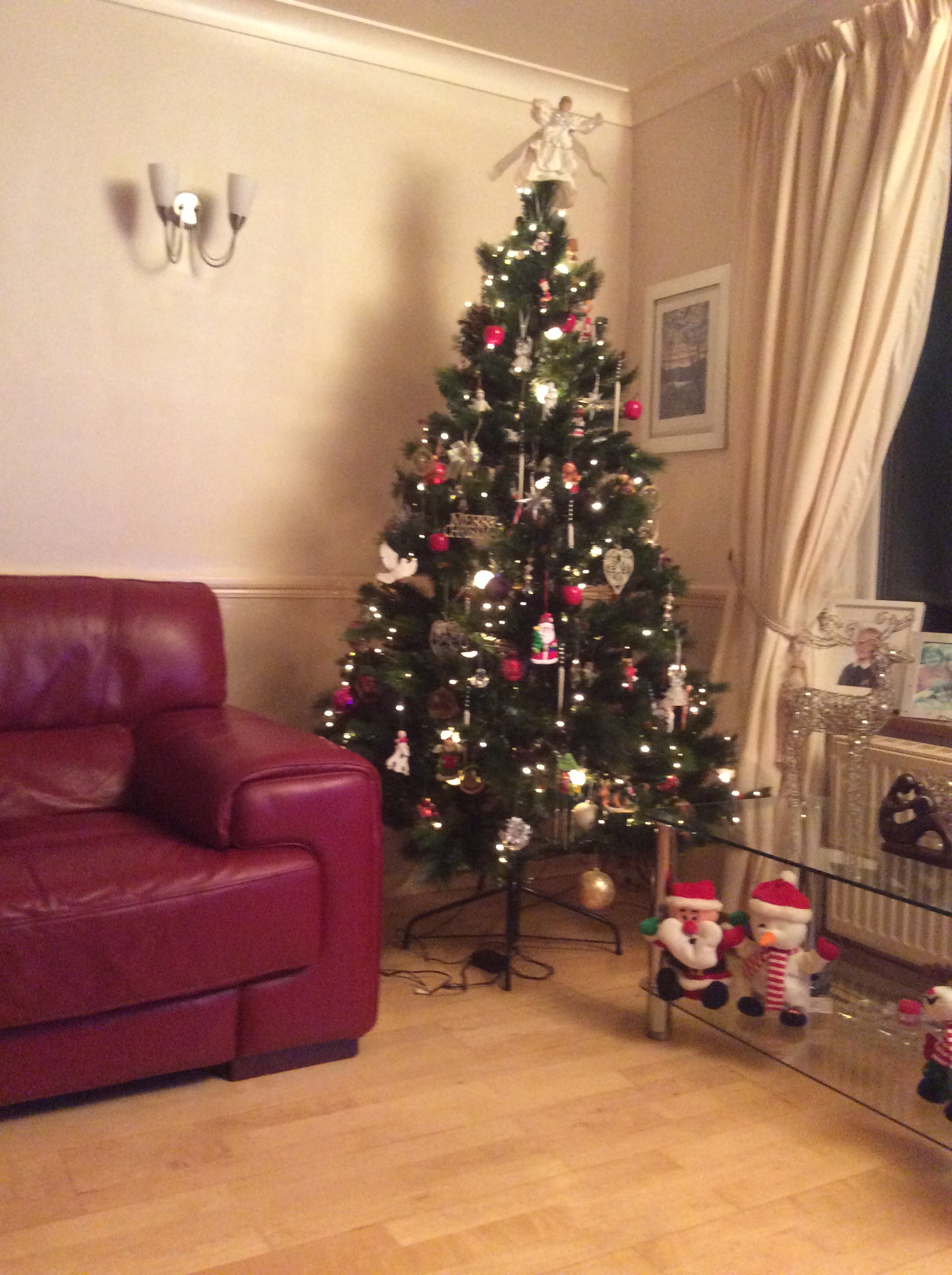 Manchester’s volunteer choir were well received at the volunteer celebration at the Town Hall, whilst the smells and sounds of the Christmas markets have been in full swing.

However, today I had the opportunity to take in the Latest instalment of the lightwaves festival which returned (alas, without the bunnies) to Salford Quays and Media city

The Doctor has landed on the Quayside.

And his enemies the Daleks decided to join him 🙂

For world-annihilating robot like creatures – they weren’t half a friendly bunch. 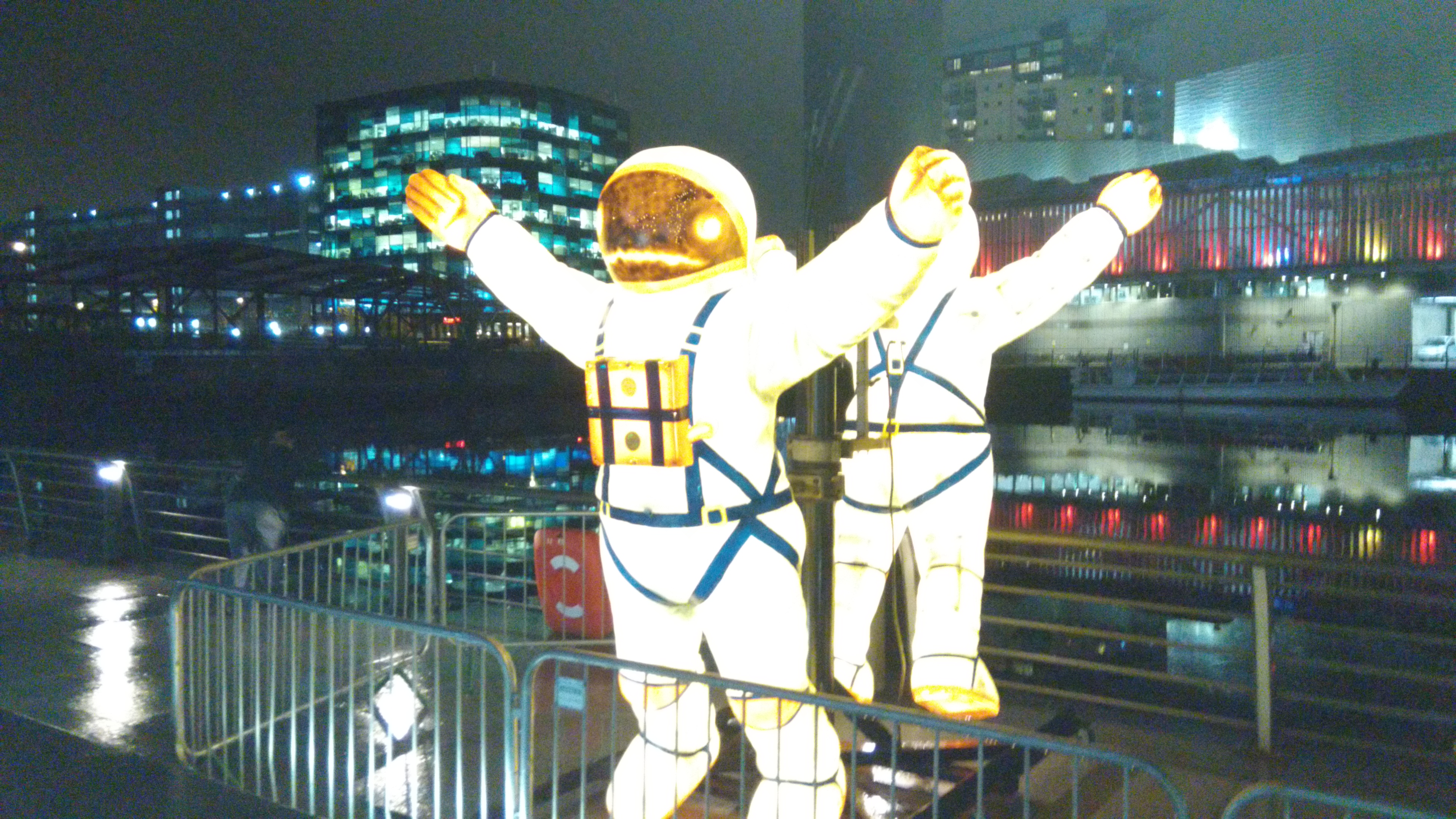 There was the odd astronaut….

and a children’s cartoon character or two, as Blackpool’s Illuminations landed on the dockside of Salford Quays, near to the Mediacity : UK complex. 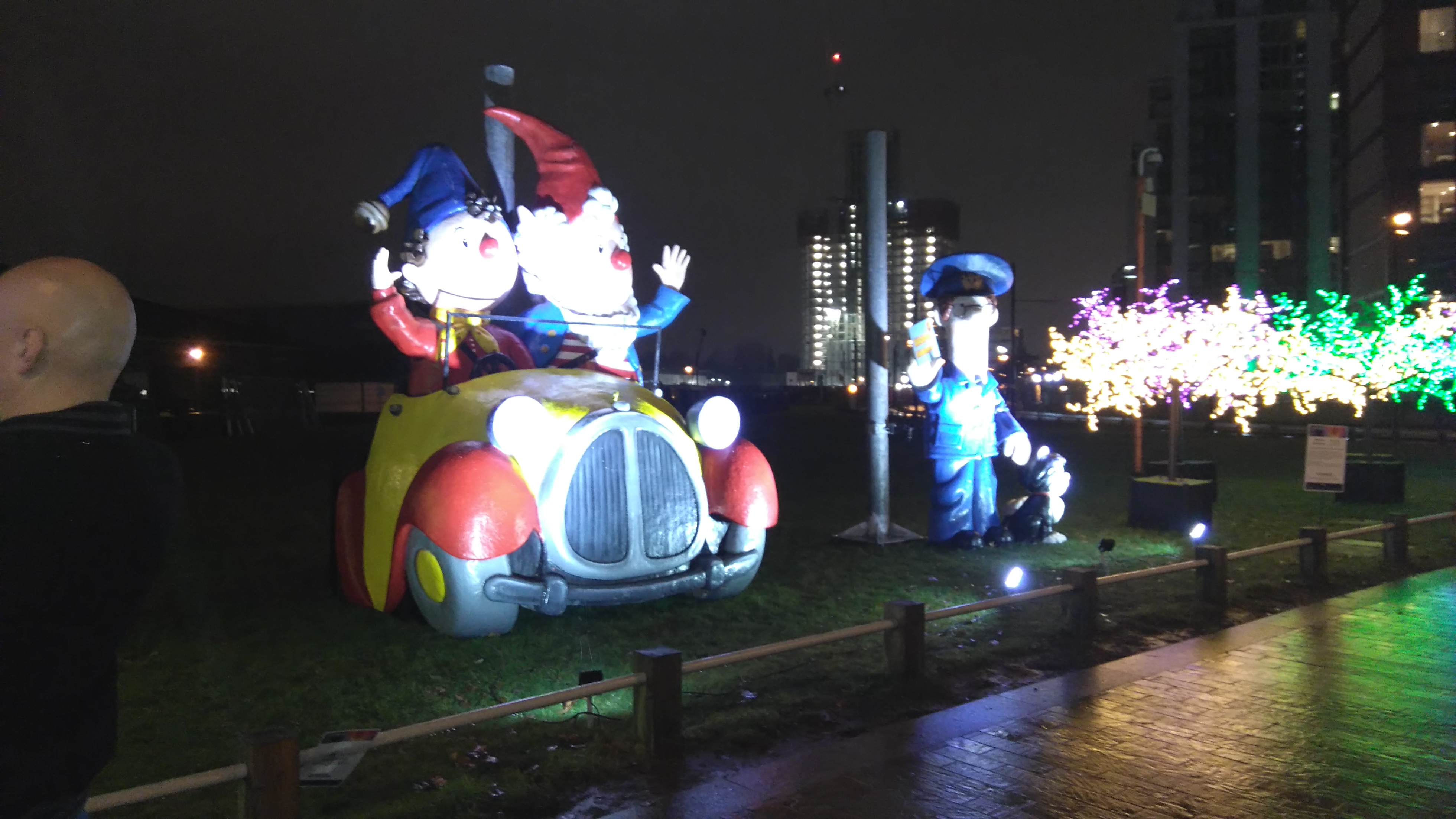 The walkway to the illuminations was lit up by these very special Christmas trees.

and these floating boats produced a wonderful coloured light show on the waters of Erie Basin.

I liked the way they twinkled on the water and produced some wonderful patterns.

It hasn’t been a bad Christmas season.  I say this in the third day of 2016, having just come home from St. Joseph’s Church in Salford – even though there’s three days to 12th night, the mass of the epiphany was said today.

I passed the crib on the way home, and said a prayer silently.

Mass itself was a subdued event – perhaps down to the festivities two or three days before – “We three kings” the opening hymn.

Apparently, I’ve been missed…having been visiting my little sister and her folks in the midlands on Christmas eve / day.

In response to the prompt

I’d skipped out the back door some seconds before – the streets strangely deserted…firework displays were going off in the northern air and in the distance, I heard the drone of Manchester’s force helicopter swooping overhead as it patrolled the main city centre celebration.

Around me it was strangely quiet – a neighbour passed me as I was waiting by the open gate – off on a walk, he said…New year would have to wait.

And then, I heard two sets of bells.  The first, from Big Ben on the telly inside, the followed shortly after by whooping and  cheering as the Town hall clock from Manchester town hall sounded.

I walked up the path – and knocked on the door.

And was greeted by Mum and Dad.

Auld Lang Syne played on the TV, as we watched the London Fireworks,

And then, popped out of the garden to watch the Manchester skies lit up with colour.

Before sitting down with a drink of our choosing, to watch Jools Holland’s Hootennany on the Alternative BBC channel.

An Acrostic on Christmas Decorations

Down from the loft stairs it comes, the family Christmas tree
Every year, the same routine never fails to disappoint
Children hang their favourite toy off the tree – with the aid of mum or dad
Old family baubles are joined by newer items
Round the Christmas tree they go – bringing colour and sparkle
Angel sits atop the tree (or sometimes a star)
Tinsel draped off every branch, finishes off the tree wonderfully
In the Well of the tree – is an ample space for Santa’s deliveries
On Christmas eve – the children leave a little something with their
Notes for father Christmas – and a carrot or two for the reindeer
Santa’s coming – and he’ll like our tree!