I’m a martyr to my aches and pains

I Really Despise that phrase with a passion.

There’s a reason for this.  Firstly, when I was born (a month early – apparently), I didn’t ask for the conditions that were thrown at me.

I’m split – in some ways – in the fact that without the installation of the Shunt Valve in my head – to treat Hydrocephalus –  I’d either be dead, or be unable to walk and function properly.  I’ve learned to live with the occasional involuntary throwing up, the balance problems, the toilet thing and the difficulties with my co-ordination…and oh..er…what’s that other thing again?  Memory!! (Ha Ha!)

However, its a pain in the backside on a regular basis.

Add in the Cerebral Palsy (YES, I walk a bit funny) and there are days I Really feel like staying in bed….the Juvenile Arthritis (Nothing Juvenile about it) was a nice touch delivered from the orthopaedic clinic

If I do moan however – its because i’m in REAL pain, and on those days – i’ll stay in bed to recouperate

The Government of my country felt the need to Park me recently from doing any Paid work, (mainly down to the Memory thing).  But that hasn’t stopped me from ‘working’.  A Number of organisations (Sporting and Museum – based) would be screaming blue murder if I were ever to say I were unavailable….

Now though – its as if they think i’m putting this on….

Someone in Governance in the UK said “Everyone should be working” – It must have impressed the head honcho – it got them a seat with a title in the Upper House of Parliament.

I don’t think their agents read the script – no body at the job centre actually read my skillset / need assessment from disability services.  If they want me to work – brilliant, I’ll start tomorrow…just as long as I get some support in what i’m doing.

(Cue the theme to Mission impossible)

But for now, I’ll just get on with my photography, my blogging, helping out at the sports arena and war museum and (if they want me) events in the area

Anyone without a disability/condition want to call themselves a martyr?  Feel free to contact me, there’s thousands more worse off than me – and they’re getting attacked too – by individuals who really should know better.

I’m just getting on with the day on an hourly basis – i’m no martyr – don’t call me one. 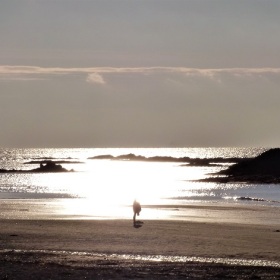