Taken on my way home from Imperial War Museum North – on the other side of the water.

It might seem a heck of a hike – but this is the start of my path home from the museum.

Having crossed over the Millennium Bridge on the Trafford Side, I go over one or two bridges on my way home

If I follow the Lowry road this takes me to this Crossing – Detroit Bridge, which goes over the largest part of the water basins – Erie.  Its a long stretch, taking in Mediacity (The New Home of the BBC in the North), Harbour City, and the Anchorage

Depending on which path I take – I pass Manchester United’s Football Ground.  As you can see – this is an old photo but it shows the short distance from the stadium to home – The stadium is at the top of Trafford Road (which changes into Sir Matt Busby Way) whilst I live half way down the road by the Nearby Health Centre. 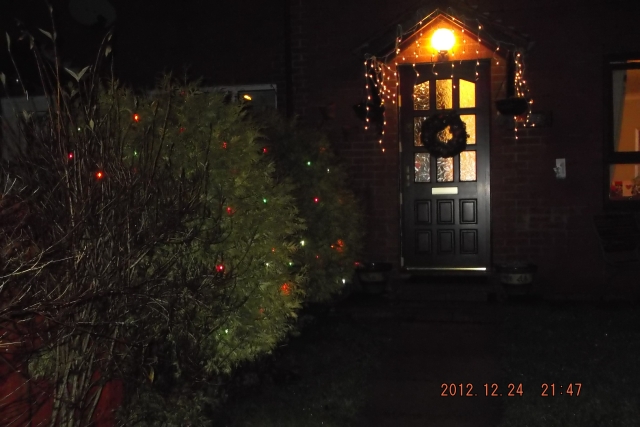 Home is just a short walk up the Garden path after I’ve reached the cul-de-sac.