Early morning for me yesterday, as i took up the chance to visit another branch of the Imperial War Museum.

As a Member of the Volunteer Team at IWM North, I’d been to Duxford, and Headquarters in London…but yesterday gave me the opportunity to visit a branch of the museum i hadnt been to, HMS Belfast, Anchored on a branch of the River Thames.

Walking around the sections of the boat, we got to see everything from Navigation to how sailors slept on board and a view of the engine room…the heart of the ship that made it move through the water, we were also given a little bit of the boats history and its role in world war two, escorting civilian ships against attack during the Arctic Convoy Missions

We were given a full tour of the cruiser by one of the Yeoman of the Ship, before being given a lunch in the galley and opportunity to explore for ourselves.

An early morning start at IWM North on Monday, as we met up with fellow volunteers and staff from the other branches at IWM Duxford for Volunteers week.

We travelled south through the Midlands on our journey, stopping off on some familiar services on the M6 and M1… the route usually adopted when I visit my relatives there.  It was a bit rainy on the way there, but I was looking forward to visiting Duxford.  Due to that branch holding most of the museums Aircraft Collection

We arrived at Duxford’s Entrance around about noon, and then after a short repast, we all entered the main hall, where the chairman of the imperial war museum welcomed us all and the ceremonies for the volunteer awards commenced.

I received my award for “Developing in a Role” from the chairman – and heard my Vollie Manager deliver a wonderful (more than a ) few words on why i’d won it!

How I started as a guide, then doing object handling and family history….

After the awards ceremony, we took a look around the hangar and the various activities on display, this included seeing how concorde dipped its nose, to sending messages by morse code – to walking on board a Lancaster bomber.  I enjoyed walking round the RAF Fleet, and got a really good view of the planes from the top deck of the gallery.

Right about now, Rio-de-Janeiro is beginning the 2016 Paralympic Games in Brazil, the premiere event for Elite Athletes with a Disability.

Recent readers of my blog will know I helped the Brazilian Paralympic Squad prepare in their Training Camp for the London Games in 2012 in the City of Manchester.

Wheelchair Fencing, Basketball, Sitting Volleyball, and Boccia were the order of the day, and I became the Organiser of two great teams of Field Assistants

And although i’m not going to be there myself – I hope all the Paralympians taking part have a fantastic games in Rio. Good Luck to all competitors!

Another poem with an Olympic theme, seeing as we are approaching the Rio Games in Brazil.

It was basically a write up of the build-up and expectation, over the time i was helping out as a spectator services team leader during the Football Competition in Manchester.  I’ve put it into some kind of verse!

As a flame from Olympus passed every town and city

And it Came in Waves

We watched as excitement slowly arrived

Anticipation of what was to come

And it Came in Waves

pictures of all the worlds athletes –

and they came in Waves

Landed in Britain and based themselves around

And as Team GB did their Best

Every country became a guest

as they arrived in waves.

Spectators All, raised a cheer

As athletes showed – they had no fear

and Bronze, Silver and Gold appeared

In response to The Daily Post’s writing prompt: “Pride and Joy.”

This one is a bit of a tough question to ponder, over the years i’ve collected a number of certificates to do with either Education and Training – leading eventually to the award of a HND from Manchester Metropolitan University.  I went through the Graduation Ceremony and the picture for a time hung happily in the lounge in the family home.

Those would have to be the Medal and Certificate issued to me during Manchester’s Commonwealth Games (working in Technology) and the Relay Baton and Certificate issued to me during the London Olympic and Paralympic Games, where i was involved in Manchester in a number of roles,  From helping run the crew room as a steward during the Olympic Football Competition to helping the Aussie Olympic Team in their Training.  During the Paralympics – I was at Manchester University helping organise the team assisting the Brazil Paralympic Squad – Namely the Sitting Volleyball Team and the Wheelchair Basketball Team. 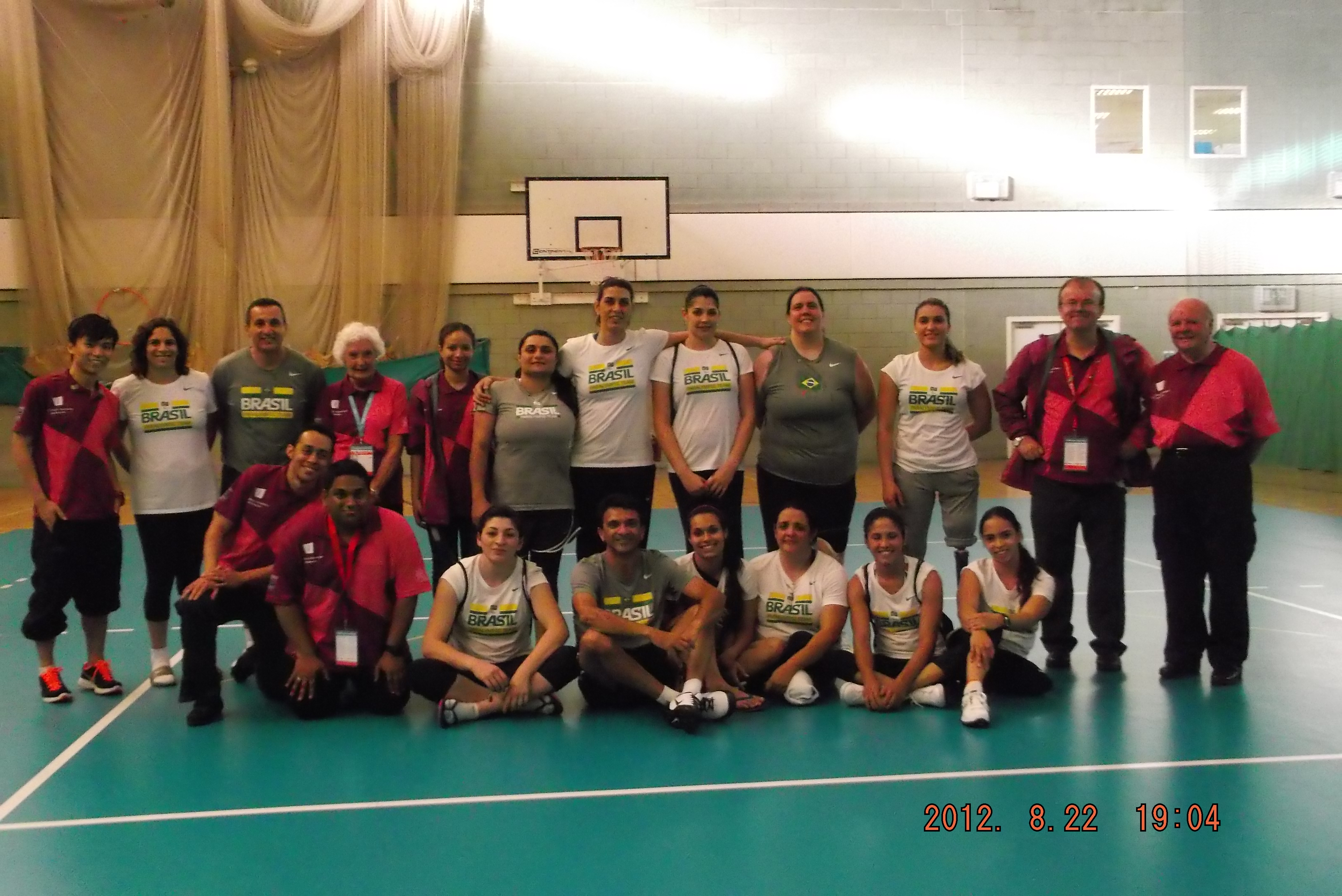 The staff were really glad to have me on board – I’d had prior knowledge of both sports during my volunteering at the IPC Paralympic world cup, an official Paralympic competition held in the run up to London hosting the Paralympic Games – I helped set up the courts at the training venue and briefed the squads on their duties

For my efforts i recieved a certificate and a baton – and thanks from both sets of athletes.