Travelling from quite a fair distance

Up on my bedside cupboard, lives a soap stone turtle

Regaled in fancy patterns, carved by the artisan

Turns heads with newcomers who haven’t seen him

Likes to hang about with others of his kind

The creator dropped his tool again

Turning the clouds a different shade of blue

The Angels sighed – and then

They cried – and their tears

Turned towards the earth below

The raindrops raced to reach the ground

some landed on the ragged rocks

some landed on fragrant fruits

whilst others joined their pals

in a race down the river

Rotating , turning and foaming in

Ripping and carving curves through the

Carefully watch the waters move so

Creation of a new home or dam can

The hunter sat by the stones

looking at his creation

hewn into the tallest rock

a reminder that the dinosaurs

don’t just own the earth

but the air and the sea too

Returning to a craft, I enjoyed doing.

The medium…simple enough linoleum, like the stuff mum and dad used to tile the kitchen with, only a lot more plainer than the colourful patterns that contained

My tools, an inked pad, like the ones they had at school, and a carving tool…with attachments you had to treat like a drill

The subject, a common tree leaf, basic as you can find at this time of year, and drawn out onto the linoleum and then cut out

Transferring the design onto the Lino in reverse, came first. Do it the other way you would get a reverse image…and that would just be daft.

You took care with the tool…that thing cutting into the medium could also take out the ends of your fingers. Once finished the carvings went into the bin. Before I did a test run.

Letting the ink form a thin layer on the Lino, before applying just the right amount of pressure to print onto the paper 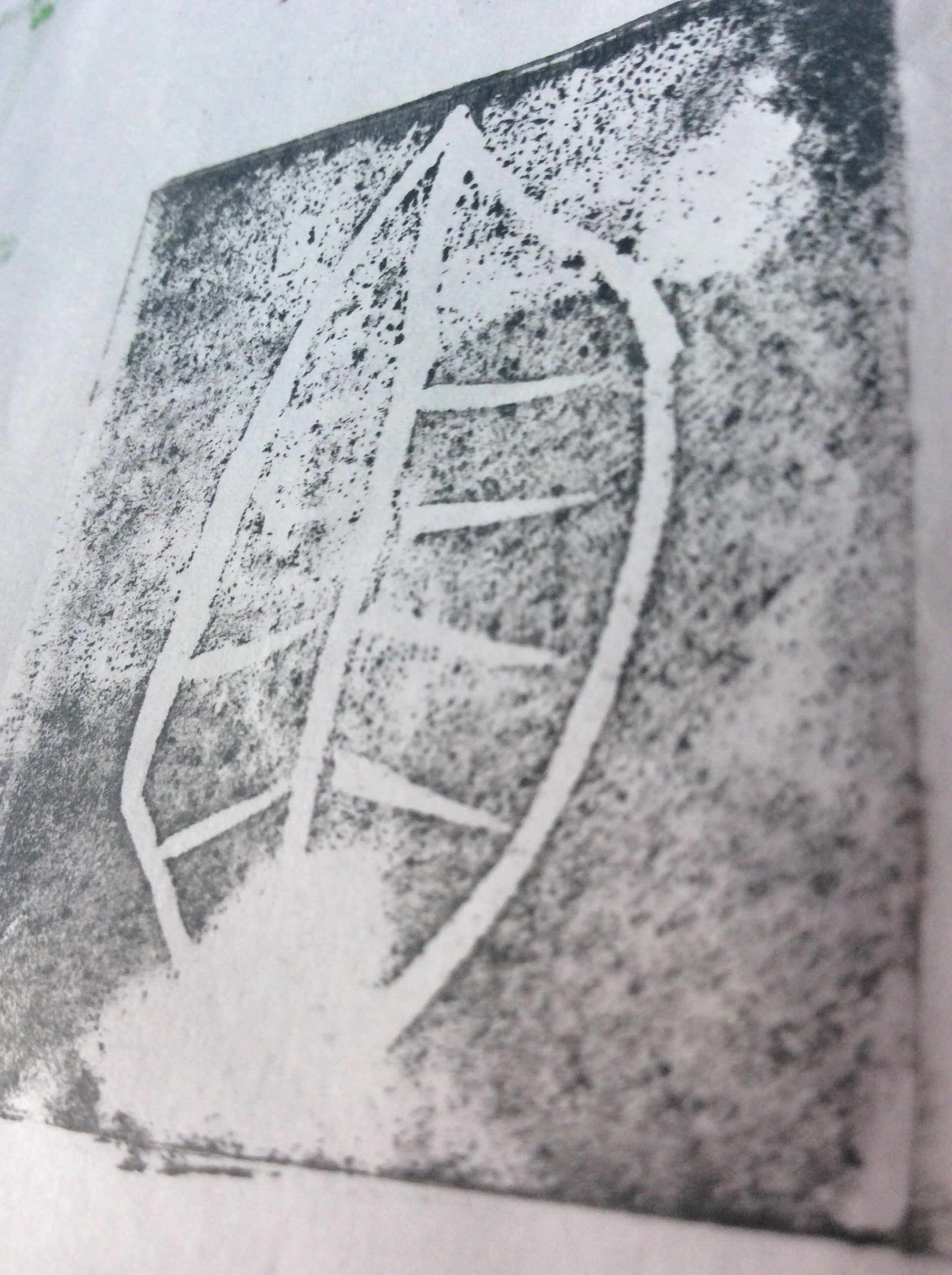 For a first attempt, it’s not that bad…I’ll be giving it a go with some watercolour to create a picture, later.